The WNCCLO election for Biennial delegates is scheduled for March 14, 2015 at our regular conference lay meeting at Mt. Zion, Greensboro.   Membership dues must be current for voting and delegate privileges.

The criteria, to be elected as a delegate from the WNCC Lay Organization to the Biennial, are as follows:

Nominations for delegates will come from the floor.

Thank you for your willingness to serve!

The Second District of the African Methodist Episcopal Church takes joy in recognizing those unique women and men have and continue to significantly bring change to our churches and communities. The following two lay persons from the Western North Carolina received the Living Legacy Award at Founders Day 2015: 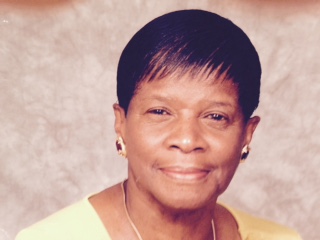 Please be sure to visit our Scholarship page for all the newest information about the scholarships that are available to students.

Please click below to read about the Biennial Delegate Election!

North Carolina continues to face a crises of leadership–and we need your support to push our moral and constitutional agenda for the greater benefit of all people.

This Saturday, February 14th, is the 9th Annual Mass Moral March on Raleigh and Historic Thousands on Jones Street (HKonJ) People’s Assembly Coalition. And we’d like you to join us.

Learn more about the march here.

The North Carolina NAACP, together with more than 170 coalition partners from the Forward Together Moral Movement, will convene across the street from the Raleigh Memorial Auditorium at 2 East South Street at 9 a.m, Saturday, February 14.  The march will begin at 10 am.

Take a stand with us– RSVP here for Saturday’s march, it is imperative that we show North Carolina lawmakers that we’re not going anywhere.  Invite the community to join the NAACP, HKonJ and the largest most diverse group of organizers in the country.hey took a stand then, surely we must stand now.

Seek His Face, and you will find not only His Presence but also His Peace. To receive His Peace, you must change your grasping, controlling stance to one of openness and trust. The only thing you can grasp without damaging your soul is His hand. Ask His Spirit within you to order your day and control your thoughts, for the mind controlled by the Spirit is Life and Peace.

You can have as much of Him and His Peace as you want, through thousands of correct choices each day. The most persistent choice you face is whether to trust Him or to worry. You will never run out of things to worry about, but you can choose to trust Him no matter what. He is an ever present help in trouble. Trust Him, though the earth give way and the mountains fall into the heart of the sea.

The mind of sinful man is death, but the mind controlled by the Spirit is live and peace. – Romans 8:6

God is our refuse and strength, an ever-present help in trouble. Therefore we will not fear, though the earth give way and the mountains fall into the heart of the sea. – Psalm 46:1-2

Nationwide — February is here again, and Black History month is being celebrated all around the country and even in some parts of the world. Although the shortest month of the year, February has been chosen as the official month of the year to pay tribute to famous African Americans who contributed to society.

To search and apply for hundreds of other 2015 scholarships, visitwww.ScholarshipsOnline.org.

The Western North Carolina Conference Lay Organization 2015 membership drive has begun! Membership dues are $6.00 for adults and $3.00 for youths, 18 years old and under.  Membership dues must be current for voting and delegate privileges.

The WNCCLO election for Biennial delegates is scheduled for March 14, 2015. Membership dues must be received on or before February 17, 2015 for voting and delegate privileges in the Biennial election. Please send your membership dues to the Credential/Membership Chair, Sister Janie Wilson, and 2716 Hopkins St., Raleigh, NC 27603.